Digital development resource: to buy or to build?

Here’s a statement to prompt a debate; in a volatile economy, it’s more cost effective to have the pay-as-you-go services of a digital agency on call than it is to hire and build an in-house dev team.

After all, there’s plenty of evidence that companies have cost savings on their mind right now, with many tightening their belts and putting a pause on spending. At the time of writing, investment by UK companies has fallen for three consecutive quarters. This is the first time this has happened, outside of a recession, in 15 years.

It’s clearly a tough, nervous time for British businesses. The UK economy has had a turbulent and uncertain few years, and there is an increasing sense that these strains are coming to a head.

Consumers too seem to be cutting back. Just look at the High Street. First Poundworld shut its doors, followed by House of Fraser and Evans Cycles, while HMV, Patisserie Valerie and LK Bennett have all gone into administration since Christmas.

Hasn’t it always been cheaper to outsource digital development?

Well, possibly, yes, but that doesn’t always mean it’s been the best thing to do.

Eighteen months ago, if you’d have pushed me, I’d probably have predicted the exact opposite to what I’m suggesting now; that we’d see a rise in businesses moving away from agencies and offshore dev teams, and towards taking their digital services in-house.

At that time, the idea made sense. Digital products have become an integral part of remaining competitive for most organisations, and by investing in an in-house digital development team, companies can retaining knowledge within their business and potentially find new ways to apply digital products internally.

Building an in-house team also moves the cost of digital development services from being a capital expenditure to being an operational expenditure. This is a switch which can, for some organisations or teams, make it easier to obtain these services.

Well, while the benefits of bringing dev in-house are clear, so are the costs.

Consider that a digital team within a medium-sized business is probably a project manager, four engineers, a UX designer, a QA engineer, an analyst and a strategist. As you can imagine, the monthly salary, NI, pension and training costs for such a team add up quickly. Aside from the investment needed, adding a digital team to a company can also introduce challenges from an HR or cultural perspective. 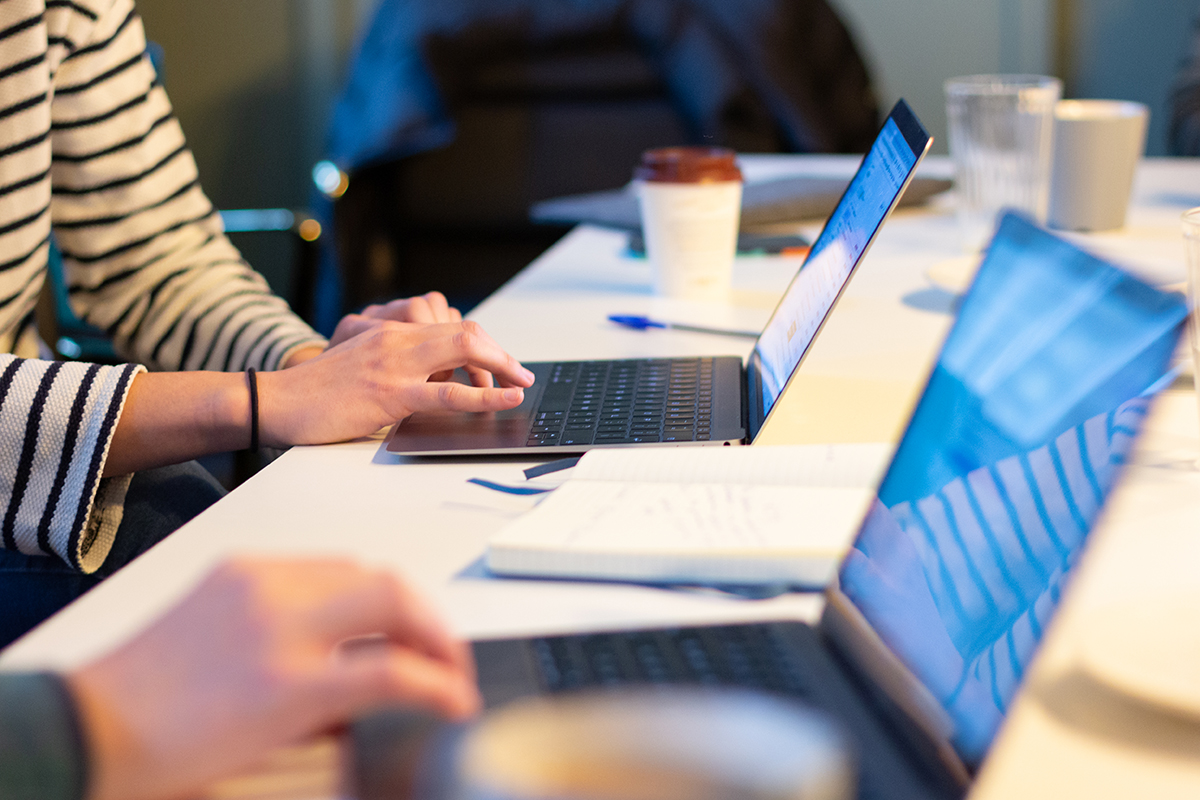 In an increasingly volatile and uncertain business climate, these costs and challenges are starting to look like bad value for many companies.

To get an alternative perspective on the topic, I asked some of our customers this very question – why do you continue to use our services rather than build an in-house team? I was surprised by the unanimity of their answers.

The argument is that in the current economy it’s cheaper and far less risky to hire in specialists that can work on a project-by-project or retainer basis, allowing a company’s capability to scale up or down rapidly.

For businesses that are sensitive to volatile changes in their markets, or for young companies that are trying to stay nimble, this way of working is a cost-effective, low-risk approach. Similar to the world of contractors, agencies – albeit in larger volume – can be turned on or off in line with demand.

While the calculation regarding whether to build an in-house digital team is complex and individual to each company, external macroeconomic factors are always going to influence such a decision, tilting the scales subtly one way or the other.

All other things being equal, the benefits of having an in-house team are clear, though for those with a risk-averse mindset, or those whose businesses are sensitive to fluctuations in global markets, the flexible, pay-as-you-go agency model is increasingly seen as not only an excellent short term solution but also a legitimate long-term business model.

Why user stories belong in the garbage