Last week, I ran a workshop with some of the Sixth Form Media students at Glenthorpe High School.  I’m used to doing  talks to universities, so this was an interesting new crowd. But the aim remained the same: to do my bit to inspire the next digital generation by getting them to come up with a few ideas of their own. What they came up with was great.

First, I spoke about my journey. Starting from my school days where I wasn’t the most eager or best behaved student, through to my time at college and university where I started to excel at digital and found something that I really enjoyed. I spoke of the days of cleaning cars for people in our village, aged 10, which changed my attitude to working hard and made me a bit of a perfectionist. All cars had to be perfectly polished!

When I set up Browser we spent the first year working from my bedroom and had developers working on ironing boards since we couldn’t afford desks. Now we’re a twelve-strong team working from our Shoreditch office, known as The Green Room.

When I was done talking I opened the floor to the students who bombarded me with questions:

“How did you get your first client?”

“How much money did you have to put in?”

“How much money do you earn now?!”

Following that we ran an Apprentice-style task (any excuse to pretend to be Lord Sugar for the afternoon).  We kept the brief open, using one of our current clients, UCL, and asked them to work in pairs to create a digital campaign to promote the university and attract more new students.

They dived straight in and came up with some great campaigns.  ‘Immersive experiences’ seemed to be the theme of the day.  We had one website where the user chose the narrative of the site, one which included 360 degree panoramic views of the facilities at the university and we even had a fully functioning ‘brain’ complete with impulses and receptors.

Of course, there could only be one project that I could invest my monopoly money in and after some deliberation I decided that it had to be the site which included the panoramas of the facilities at the university. I felt the simple UI and features would add the most value to UCL and, hypothetically, leave us with happy clients.

It was great to be able to speak to the next generation of digital whizzes and hopefully they found what I had to say not only useful, but inspiring. The early signs are good though: we hadn’t even made it back to the office before one student emailed his thanks for how much he got from the talk. “The evening was really good” he wrote.

From what I remember of being a teenager, I’ll take that as great praise! 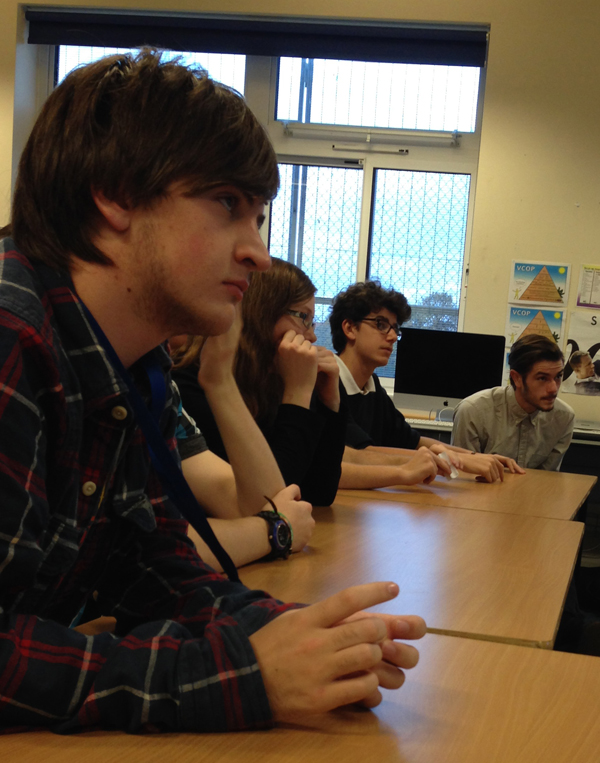 Measuring success: finding your north star metric and the KPIs that support it

Is it smart to build an app on someone else’s platform?

Julian is our in-house Microsoft egg-head. Expert in all things Office 365 and Power Platform he previously launched and ran the Twine intranet SaaS product.